This happened in March! New Art and a Surprise

Art on Display & Artists in Action

Sasa, the wonderful person that organises our sketchgroup events, made it happen again! We will have our Second Sketch Group Exhibition in April and to be more precise on the 7th of April. Meet amazing people and their art! You can find more about the sketchgroup and details about the exhibition here, since I already wrote about our fancy little event 🙂

What would an exhibition be without any art? There will be two entirely new pieces I made for this event and maybe some preliminary sketches, but thats not decided yet. I made little flyers with a preview of the pieces:

Art for the sketch group exhibition

Art for the sketch group exhibition

Here comes the Surprise, at least for me 🙂

The preparations for the exhibition have not been the only exciting thing this month. Something really unexpected happened. I signed up for an Artist Alley booth at the AniMuc Convention which happens this weekend in Fürstenfeldbruck… and got declined. To many people signed up for the Artist Alley. They put me on the waiting list and I thought: “ok, next year it is then.”

But, it wouldnt be a surprise if it ended here. Two weeks ago on Monday evening I got
a call from the Artist Alley manager. He told me somebody dropped out, they got a free spot and if I would be still interested. HELL YES! I was 🙂

Excitement changed into panic an back again. The con was in a little less than three weeks and I had nothing prepared. But it is my first booth at a con, that is awesome!

Back to the drawing board! A lot of Brainstorming and five rewrites of a To-Do-List later, I had sort of a plan. I asked friends what paintings they liked most and based on this I ordered postcards an prints. This is also a great opportunity to show the playing cards I designed some years ago. Not recent but definitely an eyecatcher! For admirers of traditional art I will have notebooks with handdrawn covers and if course I will be open for small commissions during the con. 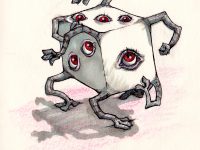 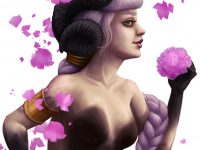 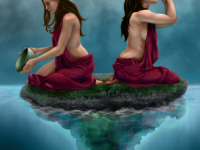 Imagine this title spoken in a cool George Clooney Voice 😉 Last but not least, all the art done in March, including sketches and studies!

This website uses cookies to improve your experience while you navigate through the website. Out of these, the cookies that are categorized as necessary are stored on your browser as they are essential for the working of basic functionalities of the website. We also use third-party cookies that help us analyze and understand how you use this website. These cookies will be stored in your browser only with your consent. You also have the option to opt-out of these cookies. But opting out of some of these cookies may affect your browsing experience.
Necessary immer aktiv
Necessary cookies are absolutely essential for the website to function properly. This category only includes cookies that ensures basic functionalities and security features of the website. These cookies do not store any personal information.
Non-necessary
Any cookies that may not be particularly necessary for the website to function and is used specifically to collect user personal data via analytics, ads, other embedded contents are termed as non-necessary cookies. It is mandatory to procure user consent prior to running these cookies on your website.
SPEICHERN & AKZEPTIEREN